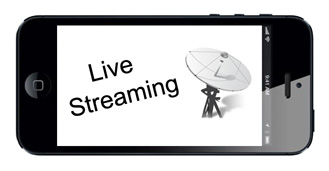 BitTorrent launched the live streaming service after a series of research and development. The inventor, Bram Cohen believes that such service shall be a breakthrough from the existing online streaming service. This product is an excellent tool especially for the audience with low speed of bandwidth.

In 2001, Bram Cohen invented the BitTorrent file sharing possibility, which immediately became a revolution in the IT industry, assisting people to download any video in large files in a short period of time.

In addition, when online videos attracted too many visitors to watch them, such videos might be banned. In such case no one will be able to watch the video again.

With Live streaming service from BitTorrent, Bram Cohen is happy to solve this issue for more than 10 years. The BitTorrent technology helps to minimize the delay. With more and more people are watching the videos, the reliability is improved a lot.

Per principle of the BitTorrent technology, the live streaming service can successfully eliminate the bandwidth issue and additional associated costs. The aim of BitTorrent Live targets is to send videos to many people around the globe. Therefore, everyone can enjoy the videos without any delay, and share the happiness with other people.

In addition, the BitTorrent Live will not be closed because of the large demand on watching a particular video, which is the issue of traditional online video providers. On the other hand, they encouraged many people to watch videos, in order to confirm the smoothness of them.